How To Choose the Right Game Controller for Your PC

With so many options on the market, it can be hard to determine which controller will work best with your setup. In this guide, we will help you choose the perfect PC gaming controller. Strap in!

Controllers for Consoles vs. PC?

PC gamers have long prided themselves on using their keyboard and mice, gamepads, racing wheels, and joysticks. After all, adapting your gaming interface to whatever you’re playing has been one of the benefits of using a PC instead of a console.

However, the console controller is popular for a reason – they’re versatile, comfortable, and intuitive. Thankfully, since PlayStation 4 and Xbox 360 were released, things have changed for the better for PC users. Now you can use either a SONY or Xbox console controller for PC games without having to jump through (too many) hoops to make it work.

Let’s look at the pros and cons of available controllers and how they fit various game types. For first-person shooters, you really can’t beat a mouse and keyboard. The precision of a mouse for shooting combined with navigation via the WASD keys gives you unparalleled control over your character. And when it comes to games like League of Legends or Dota 2, mouse quality can mean the difference between winning and losing.

However, some games are just better suited to a PC gaming controller. For example, platformers and brawling games feel much more natural played with a controller. In the end, it all comes down to personal preference and the genre you are playing.

There are a few factors to contemplate when choosing a PC controller:

What Kind of Games Do You Want To Play?

If you’re primarily interested in playing shooters, such as Fortnite, on a PC gamepad, you’ll probably want one with suitable trigger buttons and thumbsticks. And if you’re into fighting games, you’ll need a controller with decent face buttons and maybe some extra ones for special moves.

A gaming controller can range in price from around $30 to $200 or more. You don’t necessarily need to spend a lot of money to get a good one, but you need to know how much you’re willing to pay beforehand.

What Else Do You Need?

Some game controllers have built-in microphones and audio jacks. This comes in handy if you’re playing any online game that requires co-op play.

If you are also a mobile gamer, controllers such as GameSir G4 Pro can be used with multiple devices, effectively making a portable gaming console out of your smartphone.

Furthermore, having a controller with a rechargeable battery is convenient and more affordable. On the downside, most controllers have in-built vibration for more immersive gameplay, or lights, which inevitably leads to a shorter charge life.

It’s hard to beat Nintendo when it comes to handheld devices, but controller design is another front they excel at. The Switch Pro Controller is one of the best controllers on the market and has in-built gyro controls and rumble. Unlike the Joy-Cons that Nintendo Switch uses, it can be used as a controller for PC. 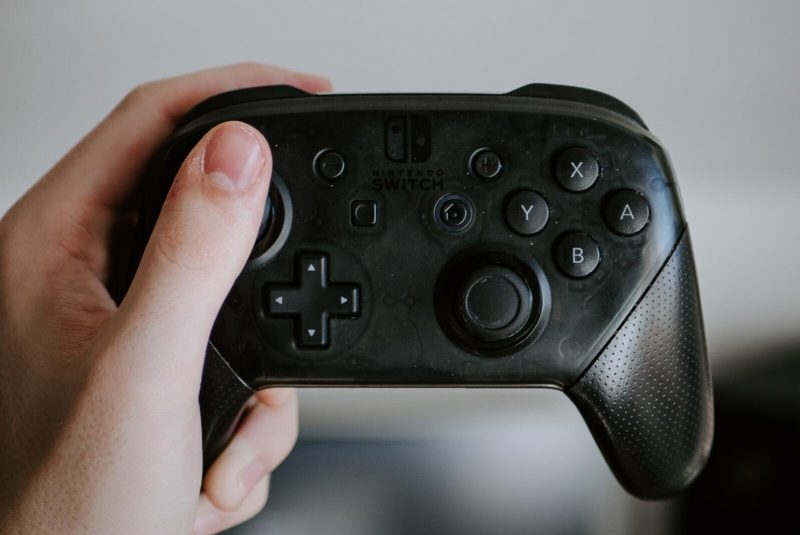 On the other hand, it’s not as convenient as some other options we recommend on our list; still, it can be connected through Bluetooth or a USB cable. A wired USB connection is the simplest option for Windows 10. Once you plug it in, the OS will detect the device as a “Pro Controller.” The Bluetooth connection takes a few extra steps before you can configure it in Steam’s settings, and your computer needs to have built-in Bluetooth, or a dongle for it.

If you’re looking for the easiest PC gaming controllers to use with Windows 10, look no further than Xbox. All Xbox controllers after Xbox 360 are compatible with PCs, and they work with a wide variety of games. The most recent model is the Series X|S controller, which adds some nice quality-of-life improvements, like a dedicated share button and textured grips. 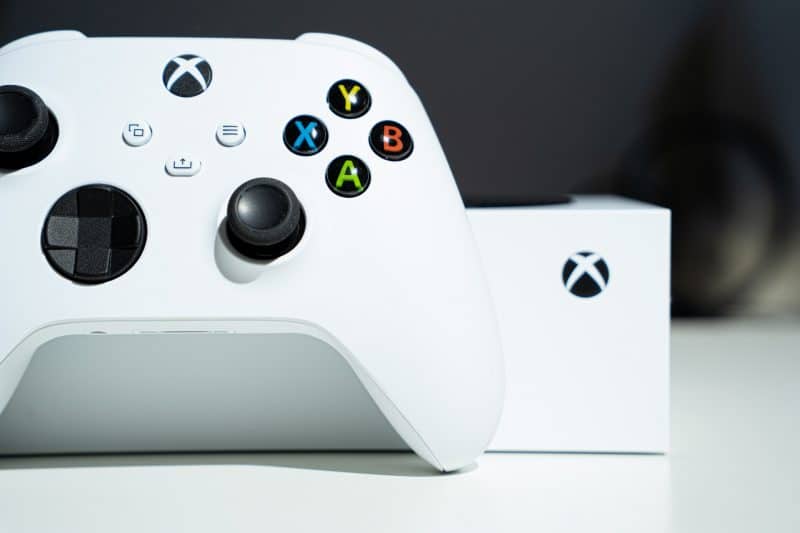 If you’re a fan of SONY’s consoles, you might want to consider either the DualShock 4 or DualSense, released with PS5. As the most recent iteration, the latter is widely considered the go-to option for a video game controller. It’s also compatible with PC games, so you can use it for everything from Overwatch to Skyrim; just make sure to configure it properly. 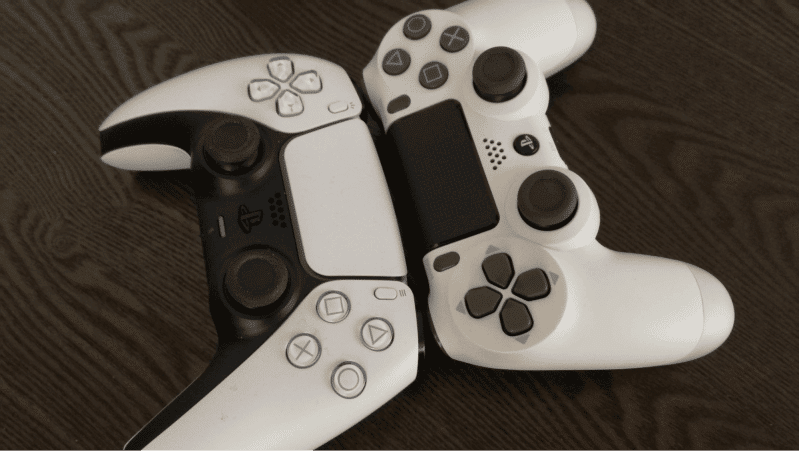 Even though the DualShock 4 doesn’t support XInput, it has plenty of fun features such as motion sensors, a light bar, a built-in speaker, and an audio jack. Sticks and triggers feel great, and the overall quality of SONY’s controller is why many PC gamers decide to use it.

PS5’s DualSense has, in our opinion, further improved on the design and has a better ergonomic design, in-built microphone, improved haptics, and adaptive triggers. Connecting DualSense to your PC might take a few steps, but it’s nothing insurmountable.

It’s hard for fans not to play favourites between products from renowned gaming providers such as SONY and Microsoft. In fact, the competition between PS and Xbox has brought us exciting platforms and unique controllers tailored toward specific user preferences.

Keep in mind that there are some critical differences between gaming controllers for the Xbox and PS. SONY’s controllers aren’t known for lasting long on a single charge, while the Xbox Series X|S controller can last through more than 24 hours of active playing.

On the other hand, DualSense’s adaptive triggers are fun, giving you a different tactile response, depending on what you are doing in the game (shooting a gun or firing Spiderman’s webbing, for example).

Because it’s Microsoft-made, the Xbox will always have better native support for PC users and won’t need to rely on Steam for software support. Furthermore, with Xbox’s controller, you can easily access the Xbox Game Bar overlay, which has plenty of options ranging from volume settings to Xbox Social.

The selection of video game controllers doesn’t end with major console developers. Other companies such as Razer, Logitech, PDP, SteelSeries, and many others, produce controllers with unique designs.

Furthermore, some controllers are designed to replicate the experience of playing in an arcade. They’re often used for fighting games but can be used for other genres as well. If you’re looking for a more traditional and nostalgic gaming experience, an arcade controller might suit you. 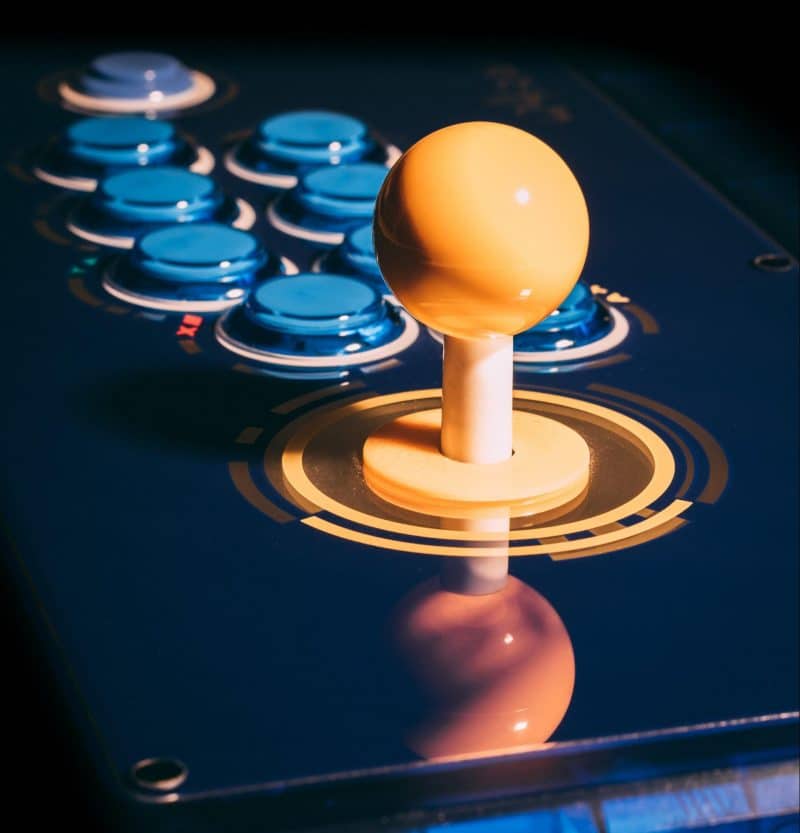 Simulation and racing games, like Microsoft Flight Simulator, the F1 series from Codemasters, Forza Horizon 5, and many others, are more fun and engaging with a specialized controller. If you’re interested in this type of game, you might want to invest in a joystick controller or steering wheel.

PC gamers can now truly enjoy the ergonomic bliss of twin analog sticks and gaming buttons to the fullest. Controllers are comfortable, and you can play for hours without getting cramps or feeling fatigued, unlike with a keyboard and mouse, which can sometimes feel uncomfortable after extended use.

Finally, controllers just feel right. There’s something about using a physical object to interact with a game that makes the experience more immersive. So if you’re looking to get the most out of your gaming experience, don’t underestimate the importance of a good wireless PC controller.

Which controller is best for PC gaming?

It will definitely depend on your personal preference, but you won’t make a mistake if you go with a PS5 DualSense or Xbox Series X controller.

Can you use a controller on any PC game?

No, you can’t. It will depend on the game itself if it’s playable with a controller.

Do people use controllers for PC gaming?

Using a PC gaming controller is a great way to play games that have either been ported from consoles or benefit more from analog sticks than a keyboard and mouse. Either way, you’ll be able to adapt to your preferred playing method.

How To Connect a PS5 Controller to a PC: A Step-by-Step Guide

Can You Play Half-Life: Alyx Without VR?

Xbox Cloud Gaming: Everything You Need to Know

Wealthsimple Review: Pros, Cons, and How It Works