Xbox Cloud Gaming: Everything You Need to Know

Since its introduction, cloud technology has been changing the IT world in numerous ways. Nowadays, most web services rely on cloud computing to deliver content to customers, notably various streaming services like Hulu and Netflix. What was once possible only with TV shows and movies can now be done with video games, too, thanks to Microsoft’s Xbox Cloud Gaming service.

What is Xbox Cloud Gaming?

Microsoft Xbox Cloud Gaming allows users to access and play games on various devices without installing them. Everything runs directly from the cloud network. Only three things are required: a stable internet connection, devices that support Xbox Cloud Gaming, and an Xbox Game Pass Ultimate.

The development of the Xbox Cloud Gaming service started around 2016, at the time when Microsoft was developing a solution for Xbox 360 backward compatibility on the Xbox One. The project was first called Project xCloud, and a formal announcement didn’t happen until late 2018.

The testing of the system started in March 2019, and on September 15, 2020, it was offered for free to all Xbox Game Pass Ultimate subscribers.

The service was initially released for Android mobile devices, but support for Xbox consoles, Windows 10 PCs, and Apple devices came soon after.

How Does Xbox Cloud Gaming Work

As stated before, cloud technology allows you to access games you don’t have installed on your device. How does it work, though?

The cloud isn’t a magical place on the internet with infinite resources. All the “on the cloud” games are installed on the Microsoft gaming cloud server network. When a user requests to play the game, the content delivery network (CDN) will make it available from the nearest server. The closer the server is, the less latency there will be between the user and the server.

The games are run on the server using the server’s resources and then streamed to the users. Cloud gaming eliminates the need for expensive hardware; the user only needs a smartphone or another device that supports Xbox Cloud Gaming.

Even if you have the necessary hardware, there is nothing worse than waiting for the game to update when you want to play it. With cloud gaming, there is no need to wait for anything.

You can play any game anytime; you only need a reliable and fast internet connection. We’ll cover the requirements for each device later in this article. But what about the hardware used by the server?

How To Use Xbox Cloud Gaming

As previously stated, Xbox game streaming is now available on Android, Apple, Windows 10 PCs, and Xbox consoles. Each of them has a different way of accessing cloud gaming services. So, how do you access them on these devices?

To access Xbox games on an Android device, you’ll have to download and install Microsoft’s Xbox Game Pass app from the Google Play Store or Samsung Galaxy Store if you have a Samsung device.

Using a 5 GHz Wi-Fi network is recommended. The 2.4 GHz network will also work, but the system isn’t optimized for running through it, which can impact the user experience. Touch controls are enabled for all games, but Microsoft recommends using an Xbox wireless controller.

Due to the Apple App Store guidelines, having one app with all the games in one place is impossible. Microsoft would have to list each game as a separate app on the store, which defeats the purpose of having one app for all of the Xbox Cloud games.

Like on Android, it is advised to use a 5 GHz Wi-Fi network and an Xbox wireless controller.

If you want to use the web browser, you may access cloud gaming PC services as Apple users do by going to Xbox.com/play.

To access cloud gaming on the Xbox, choose to see your entire library and then go to Xbox Game Pass. All the games accessible from the cloud storage will have a small cloud icon.

Because new games sometimes demand hundreds of gigabytes, cloud gaming can conserve precious hard drive space. Despite the Xbox Series X’s impressive specifications, there’s no reason to fill the SSD storage with games that can be accessed over the cloud. Cloud games don’t have to be updated like games on the hardware since that is all happening on the server. They are regularly updated and ready to be played anytime.

Is a Controller Required for Xbox Cloud Gaming?

Because all the games are designed, programmed, and run on a cloud server comprising Xbox X consoles, the games don’t support mouse and keyboard controls. If you are playing on a PC, you’ll have to use a controller for now. Microsoft intends to add mouse and keyboard capabilities, but no specific timetable has been set for the release of this functionality.

Xbox game streaming may also be combined with a touch screen input on Apple and Android devices, eliminating the need for a controller entirely.

Not much has changed since its launch, and cloud gaming is still a part of Xbox Game Pass Ultimate subscriptions. It costs $16.99 per month. For your first three months, you can get it for just $1. 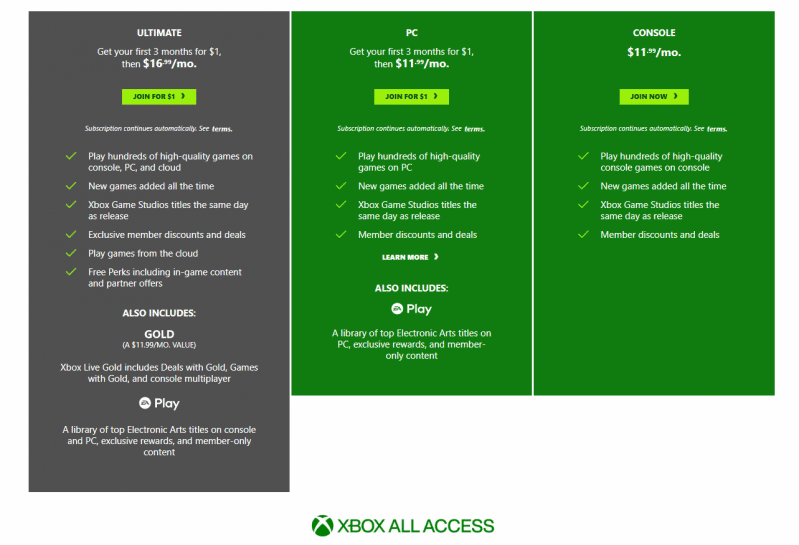 There is no standalone subscription or another way to access Xbox Cloud gaming. It’s currently available in 41 countries across the globe.

So, which games can you play? Out of 464 games currently offered by the Xbox store, 370 of them are cloud-based. In other words, most titles are on the cloud, and you should find something you like easily.

Whether while using the cloud or just doing some regular gaming, lag is the most common problem gamers will encounter online. Make sure that your device and network meet the minimum system requirements.

Ensure you don’t have a VPN enabled or any other bandwidth-draining or demanding apps running in the background. Other household members can also slow things down to a crawl if they are on the same network. For the best performance, it’s always better to use an Ethernet connection if possible. If not, try to use a 5 GHz Wi-Fi network.

Using a mobile hotspot to stream games on the Xbox Cloud may cause performance drops and audio to be out of sync. The same can happen when using cloud gaming in transit with mobile data due to your smartphone changing connections between mobile towers.

If you are having issues while playing on an Android device, you can always try clearing the Xbox Game Pass app cache by going to Settings > Apps, selecting the Xbox app, and going to Storage > Clear cache.

In 90% of cases, the problem will be with the network connection, which is the only drawback of cloud gaming. It relies on a strong and stable connection with the server to deliver its content to the users.

Microsoft Xbox Cloud Gaming isn’t the first cloud gaming service, and it may not even be the best out there right now. But we are talking about Microsoft, one of the largest technology corporations out there. We are sure they’ll continue pushing the boundaries of what we believe to be possible in cloud gaming. The service has already marked a landmark moment in the history of video games, and we can’t wait to see what they’ll do next.

Can I cloud game on Xbox?

Yes, you can. To do it, press the Xbox button and select My games & apps > See all. Choose to see the full library and then Xbox Game Pass. All the games that are on the cloud will have a small cloud icon on them.

Is Xbox Cloud free for gaming?

Xbox Cloud Gaming isn’t free. It’s part of the Xbox Game Pass Ultimate subscription, but there is one game that can be played for free – Fortnite.

How does the cloud work on Xbox?

Cloud gaming for Xbox, or any other supported device, allows you to play any game on the cloud without downloading and installing it on your hardware. The games are all stored on the server, and you connect and play them directly from there.

Can You Play Half-Life: Alyx Without VR?

How To Avoid Customs Charges from the USA to Canada: An Easy Guide

How Often Should You Wash Your Sheets and Other Bedding? Here’s What You Need To Know

How To Avoid Customs Charges from the USA to Canada: An Easy Guide

How Often Should You Wash Your Sheets and Other Bedding? Here’s What You Need To Know